Currently, there are two ways to include hidden fields in Gravity Forms:

GravityView does allow these fields to be visible and/or editable on the Edit Entry page of a View, however, there are some special conditions for that to happen.

See below how that works for each field type:

If the form has a Hidden Field, the Hidden field will only show up when using the gravityview/edit_entry/render_hidden_field filter (see code below). It doesn't matter if you manually added this field to the Edit Entry tab, its visibility is determined by the filter. 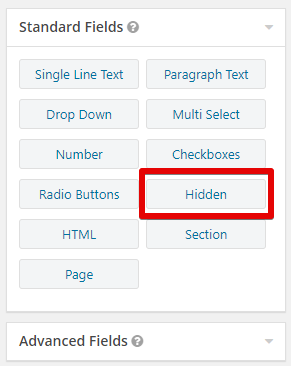 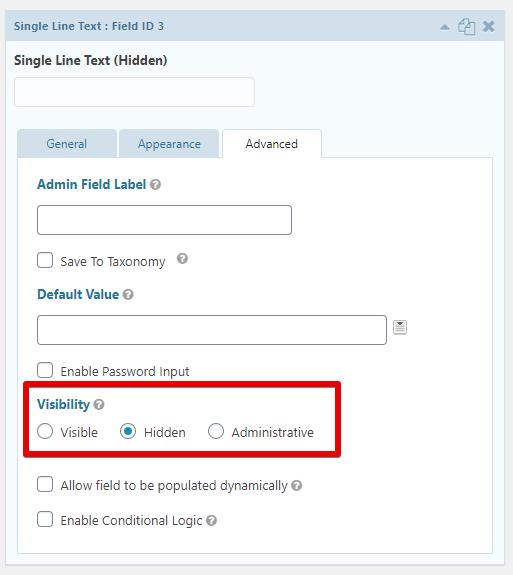 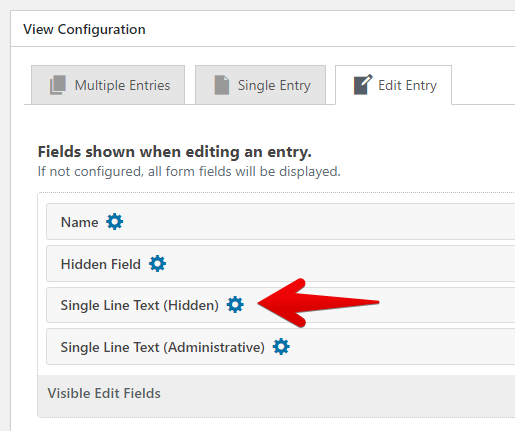 For developers: Filters to modify this behavior

To make Hidden fields visible and editable in Edit Entry:

To prevent Hidden fields from being output on the Edit Entry form HTML, add the following filter:

Note: you can also modify fields displayed in Edit Entry by using the gravityview/edit_entry/form_fields filter.

When Edit Entry is not configured, all form fields show by default. The way GravityView has handled Hidden Field fields has changed over time.

Prior to Version 2.5 of GravityView, when Hidden Field fields were converted to text inputs, were visible, and were editable.

To allow modifying this behavior, the gravityview/edit_entry/reveal_hidden_field filter was added in 1.22.6. The filter could prevent Edit Entry from converting <input type="hidden"> to <input type="text">. If the filter returned false, the Hidden Field input would still be rendered in HTML, but would not be visible.

In Version 2.7 in February 2020, GravityView added the gravityview/edit_entry/render_hidden_field filter to control whether the Hidden fields are included in the HTML output or not. The default is set to true: render the input, but do not make it visible.

Did this answer your question? Thanks for the feedback There was a problem submitting your feedback. Please try again later.
Last updated on November 17, 2020